About the KZN Photo Academy 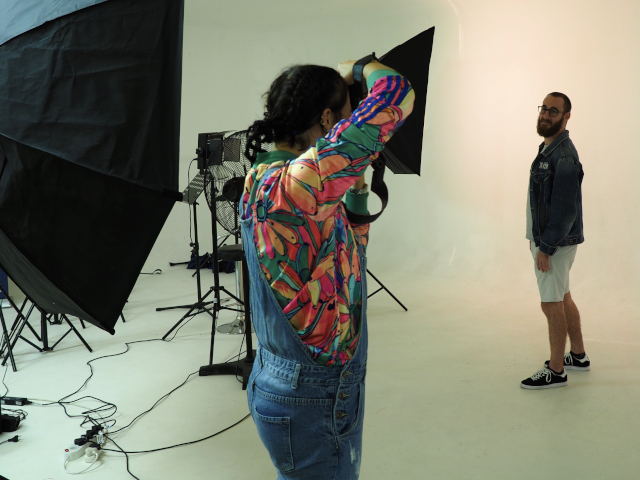 Founding:
In October 2008, two separate yet linked events led to the formation of the KZN Photo Academy
(Originally called the Whysall's Photo Academy).

The first was the was availability of one of South Africa's most knowledgeable and eloquent photographic personalities - Mark D Young - and the other was the desire by the Whysall's group to expand their in-house tuition offering - previously limited to
their Umhlanga branch - to include the upper-highway region of Durban, KZN.

Thus it was that the academy was established in its initial location in Westville where it soon began serving students from the greater Durban area as well as photographers from as far afield as Underberg, Wartburg, Port Shepstone and Empangeni.

In August 2009 the need to accommodate increasing enquiries from clients of other retail groups, as well as requests for retail skills training, led to a process whereby a management buy-out and re-naming of the academy to the style of KZN Photo Academy was facilitated to enable an expansion of the range of services available from the academy to a wider group of enthusiasts.

Our Senior Tutor and course director:

Mark D Young has been involved with photography in Southern Africa since his first professional assignment in 1978.  He has undertaken professional photographic work both as a photo-journalist and commercial photographer in various African countries, Europe, North America and the Far East. In addition, he was involved in the early development and field testing of digital imaging equipment in South Africa from as early as 1995.

Mark was called upon by the erstwhile Department of Environmental Affairs to train the 1987 and 1988 SANAE and Marion Island teams in the basics of photography and the handling of cameras in cold and wet environments. This was due to his experience of these conditions in Alaska and the winter mountains of Lesotho while on various assignments.

Mark was also the founding editor of a number of photographic magazines - foremost among these was SA Photo Magazine (AfroMedia 1995) which morphed into the PiX Magazine of today when the publisher passed-away. Mark was honoured with the PICA Award as Journalist of the Year in the Sports and Hobbies Writing category in 1997 for making the technical realm of photography accessible and easy to grasp for the readers of the magazine.

In 1996 Mark was called upon to address the inaugural South African Photojournalism conference by the University of Grahamstown and has also lectured at the National College of Photography - prior to its purchase by Vega.

Mark has written widely on the subject of photography for magazines, web-sites and journals around the world and published dedicated camera guides for selected advanced D-SLR cameras. His tuition has set the stage for the careers of several well-known photographers in South Africa and his work at the academy since 2008 has provided the key to a lifetime of enjoyment for many thousands of camera owners.

The on-going mentorship on offer from the KZN Academy  - a unique aspect of our school - is in place due to Mark's insistence that the skills and gifts used to make great images are not the exclusive preserve of a single individual and that when students make a commitment to the Academy, a similar commitment to their on-going enjoyment of photography is required in return.

The KZN Photo Academy is in the upper highway area (Hillcrest), KZN. Formal classes are conducted here for most courses (except the week-end workshops which take place at selected away venues) unless a client opts for the individualised, home tuition offering.

The classroom is located within a working studio facility which includes cooking facilities for food photography and a customised outdoor area to permit the application of principles as they are taught. Thus students can put any given technique into practice as well as practically observe the results of setting changes or new techniques.

Far from being just a teaching studio, the facility is also an operational commercial studio where pack shots, portraits, fashion/advertising and magazine cover-shoots are undertaken.


The Academy wishes to thank the following firms for donations of equipment and support of the Academy:

The KZN Photo Academy thanks Mr Johan Rupert, Remgro (Pty) Ltd and Business Partners South Africa for their generous support in covering overheads, via the Sakuma Relief Programme, during the difficult period of the Q1/2 2020 Covid-19 lock down in South Africa. As a way of paying this forward, the Academy intends establishing an annual Sakuma scholarship  for deserving students to complete the full certificate course programme effective from the 2021 academic year. Details will be announced in due course.